The Guardian newspaper has published a survey carried out by Santander which has found that 70% of young people now believe that the homeownership dream is over for their generation.

Having carried out the largest-ever survey of potential first-time buyers, Santander said its own figures suggest less than 25% of 18- to 34-year-olds will be able to buy a home by the year 2026. 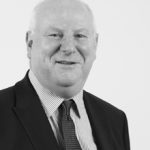 The Spanish-owned bank said that while 91% of the young people interviewed still aspire to own a home, over two-thirds said it was unlikely to happen unless they received the deposit from their parents. Back in 2006, around half of those under 34 were able to get on the property ladder, the bank said.

The study found that the sharpest fall in first-time buyer homeownership has been among those on middle-incomes – those earning between £20,000 and £30,000 this year. Of the new buyers who had been able to buy, two-thirds reported having household incomes of more than £40,000.

Miguel Sard, managing director of Santander Mortgages, said: “It’s clear that while the aspiration to own a home is just as strong as in previous generations, it’s a dream that is looking increasingly out of reach. Without change, homeownership in the UK is at risk of becoming the preserve of only the wealthiest young buyers over the next decade. This report should be a wake-up call for industry and the government to think more creatively to keep the homeownership dream alive for the next generation of first-time buyers.”

Sard said the average age of a first-time buyer has increased from 25 to 33 years old in the last two decades, and 40% have already started a family. As a result, Santander found that the most sought-after first-time buyer property is now a three-bedroom house.

The report, entitled the future of the homeownership dream, also called for the industry and the government to rethink the mortgage market.

It said the financial authorities should consider more flexible lending affordability criteria. It has also called on the government to lower stamp duty to incentivize those considering downsizing the family home they have outgrown.

Half of the 5,000 non-homeowners aged 18-40 questioned for the survey said that owning their own home was one of their top life goals – more than having children (27%) or getting married (19%).

Santander found that 42% of potential first-time buyers had saved nothing at all towards their first home. Men had saved twice as much as women (£11,660 compared with £5,620), while one in three men and nearly half of women (48%) had not saved anything.