Clients cannot always rely on pension providers to follow their wishes when it comes to beneficiaries on death.

Headlines earlier this year drew attention to a startling statistic that 750,000 people coming up to retirement are at risk of their pension being passed on to an ex-partner when they die, because they have not updated their Expression of Wish.

The importance of keeping an Expression of Wish up to date are. Firstly, it gives guidance to the pension provider as to whom the member wishes to benefit and, secondly pension freedoms now allow for the option of the beneficiary to receive a pension rather than a lump sum.

The amount of money involved can be considerable and members should always be encouraged to review who they would like to benefit, particularly when their circumstances change. Many people complete an Expression of Wish when they become a member of the scheme and, then never think to update it.

All of that said, to imply that a pension provider will act merely on the guidance provided through an Expression of Wish is reckless to say the least.

The majority of pension schemes give the scheme administrators/trustees discretion as to whom they pay death benefits to. It is a big responsibility and should not be taken lightly. For it to be effective in avoiding inheritance tax, the pension provider must be able to demonstrate it has used its discretion.

Perhaps of more importance is that there is a duty of care on the administrators/trustees to consider who they should pay the benefits to.

As well as looking at the Expression of Wish, the provider should enquire about the terms of the deceased’s Will, if one has been made, and obtain details of marital status, children and other financial dependants. It is also not unrealistic to ask for evidence of financial dependency where the situation is uncertain. This is a key point that if you change your Expression of Wishes you should make sure that your Will reflects this also.

Fortunately, in most circumstances it is fairly obvious who should benefit and a pension or lump sum can be paid quickly with no fuss or challenge. But there are always exceptions.

Such as the following example in which a member of the Michelin Pension and Life Assurance Plan signed a form in January 2000 stating he wanted death benefits paid to his two adult daughters.

In May 2001 the man married his second wife and subsequently died in April 2006. He had not updated his preferences and did not leave a Will. The trustees decided to pay the death benefit to his daughters in accordance with the man’s paperwork, even though it pre-dated his second marriage.

The widow challenged the decision and referred her case to the Pensions Ombudsman, which agreed with her. The Ombudsman found that the Trustees did not do enough to determine how financially dependent the second wife was on her husband’s pension, nor whether his daughters were dependent on him financially. It ordered the pension scheme to review its decision.

The above is just one example of what can go wrong if you do not update the Expression of Wish annually.

The following table is an important list of definitions when considering who Dependant, Nominee and Successors are. (Courtesy of LV=). 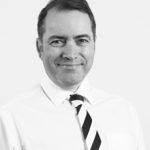