I recently had a query from a gentleman, who was not a current client, who gave me the very sad news that he had been diagnosed with a terminal illness and was not expected to make the state pension age.

He is married and his wife is largely dependant on his pension income although she does have a pension of her own. 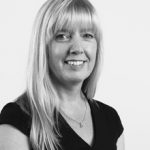 With his personal pension plans he was happy to learn that his wife would be able to take the full value of the plan as a tax-free lump sum to help provide for her future. Although this was very reassuring, he still had concerns that this would not be enough for her future and wanted to know how his unclaimed state pension would benefit her, after all he had paid into this via his national insurance contributions for his entire working life.

The sad truth is that the state pensions that are being claimed now are being funded by the current national insurance contributions being received and there is not a fund of money with your name on it waiting to be claimed.

In this case the gentlemen’s partner was below the state pension age and will therefore able to claim the Bereavement Support Payment. This is a lump sum payment and then a regular amount payable for 18 months. If there were dependent children involved then the payment would have been higher but, in this case, there would be a lump sum payment of £2,500 and a monthly amount of £100 for 18 months.

In addition to the above, as he was due to receive more then the full flat rate state pension his wife could receive half of the excess over the full amount.

In this case he did not have an occupational scheme, but if he had, then this could have provided an immediate pension income if the scheme rules allowed for this.

You should always seek advice on what you might be eligible to claim and the governments Future Pension Centre should be able to help with this https://www.gov.uk/future-pension-centre. Each case can vary depending on various factors such as your age, when you were married and your own National Insurance Contributions.

Further advice can also be sought from the DWP or Citizens Advice Centre as other benefits may be available.

I think this case shows that the state pension is not something that can be relied upon to provide for your dependants in the event of your death and highlights the need to ensure we are financially prepared for the worst-case scenario.

Regardless of your time of life, marital status or, if you have financial dependants a holistic financial review that outlines your own situation should the worst happen could save a great deal of stress at a difficult time.