For all my time here at Richmond House Corporate Services, our biggest focus has been on what now goes by the fashionable term of “Financial Wellbeing”. Turns out telling employees about the various benefits offered by their employer and how best they can use them is the new big thing and we’ve been on the cutting edge for years. 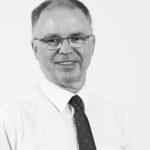 Originally, this educational journey we were taking people on was talking to both groups of employees and individual staff members about the voluntary arrangements their employer had decided to put in place without the need for “encouragement” from HM Government.

Then came Automatic Enrolment and the roll-out to all employers of rules that required them to put a pension scheme in place and pay into it provided their staff did.

We continued with our presentations and staff meetings although there was now a more palpable air of resentment from the diehards who had never wanted to be in a pension and resignation from those who felt they could be spending their money on other, more immediate, needs. That said, the vast majority of employees welcomed the change to the rules as it offered them a much better prospect of something for their retirement other than the often meagre State Pension.

With Automatic Enrolment bedding in, the focus of our presentations and meetings has now changed to explaining about realistic contribution levels. However, this has proved more problematic than many other areas because no matter what we say, people still hear “… the Government requires that you pay 5% of your pensionable earnings and your employer pays 3%” and register it as “… the Government recommends we pay 5% but our employer only has to pay 3%”.

Despite explaining that these are “statutory minimum contribution rates” not contribution levels that are likely to make a significant difference to quality of life in retirement, many employees have chosen to ignore their lack of other resources and taken a “What’s the least I can get away with?” viewpoint.

Two points to make here. Firstly, I appreciate there are people who have many other calls on their finances and genuinely cannot afford to pay more than the minimum required to get their employer contribution. And, secondly, doing something is much better than doing nothing.

But, equally, there are many who really should be doing more if they want to actually have some chance of achieving their retirement aspirations. That round the world cruise and timeshare in Spain won’t buy themselves, after all.

So, it was against this backdrop that I ventured to a day of 1-1 meetings with staff of a long-standing client.

Expecting some uphill battles, I was actually confronted by a revolving door of meetings with individuals coming in, sitting down and asking “What do I need to pay into my pension to give me a decent income in retirement?”. At last, people who really get it!

Modern pensions are not about playing or paying exactly to the rules. Nor are they the unfathomable behemoths that many schemes of previous years have become.

The staff of our client had finally understood that pensions are just savings accounts with a few extra rules regarding access in return for which you get tax breaks to give you the best chance of having the retirement you would like. Exactly the situation it should be.

And just so you know, while there was a generic answer to the question of 12% (that is to say, an acceptable level of income in retirement is likely to be achieved if combined employer and employee contributions are 12% a year of salary for each year of your working life) it was tailored to take account of the staff member’s age, ability to pay and what other resources they had already put in place.

So, one down, many more to go. But, at long last, the message is starting to get through.

If you’d like to get the message across to your staff too, please get in touch on 0333 241 3350 or email us on info@richmondhousecs.co.uk